Christine Lynn Herman is the author of The Devouring Gray, a Winter/Spring 2019 Indies Introduce young adult selection and a Spring 2019 Kids’ Indie Next List pick. 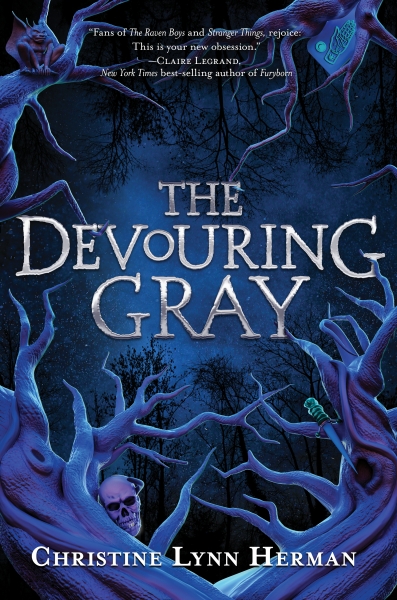 Herman is a New York City native but grew up in Japan and Hong Kong, before earning an honors English degree at the University of Rochester, where she also won the Dean’s Prize in fiction. She currently lives in Brooklyn.

Indies Introduce panelist Javier Ramirez of The Book Table in Oak Park, Illinois called Herman’s YA debut “gripping and terrifying.” Said Ramirez, “When mutilated bodies start to show up in the small town of Four Paths in rural upstate New York, the townsfolk know it can only mean one thing. The Gray is back. Existing on an alternate plane, The Gray (not unlike the Demogorgon/Upside Down in Stranger Things) has been terrorizing the town since its inception but the founding families of Four Paths have always been able to keep it from crossing over. This time familial dark secrets could hinder the town and allow The Gray to break through, and it’s up to four teen descendants of the founders to put aside differences and keep the terror at bay. The Devouring Gray will have you sleeping with one eye open, if at all.” 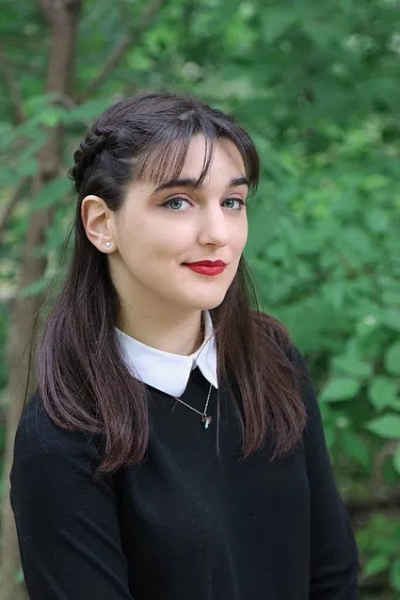 Here, Ramirez asks Herman about the alternative world she created in her debut.

Javier Ramirez: Although The Devouring Gray is a contemporary fantasy novel, you weave elements of horror into the narrative and world-building, which sets this book apart from other YA fantasy offerings. What drove you to take that route?

Christine Herman: I’ve always been a big fan of the paranormal and contemporary fantasy genres, especially within YA fiction. I love the way they can exaggerate and deconstruct elements of adolescence that so often feel larger than life by adding in magic. Teen years are full of so many firsts, so many personal discoveries, so many sometimes-funny and sometimes-painful experiences. I’ve always been drawn to the idea of using a modern context with a supernatural twist as a way to get at deep emotional truths about growing up.

When I wrote The Devouring Gray, I knew that the elements of adolescence I wanted to focus on were somewhat darker ones, specifically grief and trauma. It felt like a natural progression to use speculative horror elements to draw out these characters’ internal struggles on the page. By creating physical manifestations of emotional turmoil, in the forest, in the Gray, and in the characters’ individual powers, I was able to allow my cast to externally fight with things that many teenagers, my past self included, struggle with internally. It was an emotional process for me, but it was also ultimately quite cathartic.

JR: If you were to live in the fictional world of Four Paths, what family would you descend from and what would your power be?

CH: Obviously, I have a personal attachment to all four of the families for various reasons, but I think I’d definitely be a Saunders. Their preoccupations and their powers align most closely with my personal thoughts — I was a pretty death-obsessed child and teenager, and the way they use their abilities to explore the role of mortality in their own lives is something that I absolutely would have gravitated toward. I’d like to think I’d be able to raise the dead, like Violet, and have a companion, but honestly, I would probably have Daria’s gift — the ability to know when people were going to die.

JR: When, not if, this gets green lit for a Netflix original series, who is your dream director and cast?

CH: Okay, first of all, I’m very touched by the support and I’d obviously love to see TDG on-screen someday! I don’t have a specific dream director in mind, but there are a couple of great recent book-to-film YA adaptations with directors I’d be honored to work with, like Dumplin’ (directed by Anne Fletcher), The Miseducation of Cameron Post (directed by Desiree Akhavan), and To All the Boys I’ve Loved Before (directed by Susan Johnson).

As far as casting goes, I’d just love to give some younger, relatively unknown actors a chance to shine; I’m deliberately not going to say any specific names because I totally believe there’s a lot of incredible talent out there that I don’t know about yet!

JR: Are you a horror movie fan and, if so, what are your top five horror movies of all time?

CH: Full disclosure: I’m not so great with horror movies. To this day, they give me nightmares and genuinely scare me, so I tend to shy away from them — I do best with horror-tinged/creepy stuff, like Stranger Things, or horror-comedies like Zombieland or Cabin in the Woods. But I do love horror books, so here are five of my all-time favorites:

JR: From my son Diego, age 14: Was Isaac’s ability to generate light/heat a way of defending against or combating the Gray?

CH: I really love this question, because Isaac’s abilities were a lot of fun for me to develop. They’re inherently destructive to organic matter, generating light/heat in a small energy field that disintegrates whatever it touches. But — without giving too much away — they definitely do have a greater purpose that may or may not be related to the Gray specifically...you’ll have to check out the sequel to TDG (coming spring 2020!) to find out more.

Find out more about the author at christinelynnherman.com.