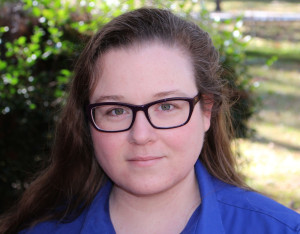 Beasley, who lives in rural Georgia, earned her MFA in writing for children and young adults at the Vermont College of Fine Arts. When she’s not writing, Beasley helps out on her family’s pecan farm.

Circus Mirandus centers on 10-year-old Micah Tuttle, who is being raised by his grandfather, Ephraim. Ephraim has told Micah many tales about the Circus Mirandus, which he visited as a young boy and where, one night, a magician promised him a miracle. When Ephraim falls ill, Micah embarks on a quest to find that circus — and the miracle that may save his grandfather’s life.

“Who doesn’t love the circus? Thrilling performances, exotic animals, and the constant promise of surprise make circuses seem magical. In Circus Mirandus, the magic isn’t an illusion, but rather very real — and astounding!” said Christopher Rose of Andover Bookstore in Andover, Massachusetts. “Micah is a wonderfully appealing young hero — vulnerable and almost desperate, yet he shows bravery, resilience, and a decency that never flags. His selfless quest to save his grandfather is the stuff of classic hero tales. While it honors the old epics, Beasley’s glorious debut is fresh, unique, and completely original.” 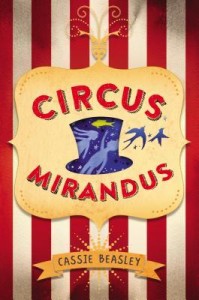 Cassie Beasley: Inspiration can be a hard thing to pin down. When I write, my ideas are coming from so many different memories and experiences, and on top of that, sometimes I don’t even realize that a particular story or place might have been lurking in the back of my mind and influencing me until a reader mentions it, and I think, Oh! Of course! I’ve always loved that. I bet a little bit of that did sneak in there.

Circus Mirandus is like that. Most of it is pure imagination, but I suppose it’s also an amalgam of stories, people, and even objects I’ve encountered. A few of those inspirations, whether I knew they were inspiring me or not while I was writing, would be: Big Fish, Roald Dahl, Ray Bradbury, my pet parrot, friends I made, friends I failed to make, my family’s annual nighttime visit to the local fair, a gorilla balloon I saw outside of a car dealership, and my father’s bootlaces.

Your book is magical and funny, but also somewhat sad. Why do you think it is important for children to read about the sadder parts of life — such as the death of a grandparent?

CB: It’s not something we always like to think about, but children do experience tragedy of every sort, including the deaths of loved ones. I think there is a need for stories that deal with that both honestly and gently. Sometimes, even as adults, we want to escape into a world where everything ends happily and all of our problems can be solved with the wave of a wand, but often we need something more. We need to know that even if we don’t get the miracle we were waiting for, we can still come through the situation with our hope intact. I think there’s something encouraging about seeing a character go through something difficult and emerge from the other side in one piece.

Your sister also writes children’s books. Do you two often discuss writing ideas? Does it ever get competitive?

CB: Yes, she does! Her name is Kate Beasley, and her debut novel, Gertie’s Leap to Greatness, comes out next year from Farrar, Straus and Giroux. I’m so proud of her I could pop. She’s the best critique partner in the world, and we talk about our stories every day. It usually doesn’t get too competitive. The only thing we ever argue about, as far as writing goes, is who gets to use certain character names. We tend to come up with the same names for new characters at the same time. I think we’ve agreed to just let it stand. It will be interesting in the future to see how many books we write with duplicate names!

Were you a big reader as a kid? What children’s book do you think influenced you the most?

CB: I was voracious. My parents had to take books away from me to make sure that I took baths and brushed my teeth and did my chores. They would hide them from me. Kate helped them, and I felt very, very betrayed by the whole family. As for the most influential children’s book I have read, it’s so hard to pick just one. I think I’ll have to go with Harry Potter and the Sorcerer’s Stone. My mother wouldn’t read it, so I chased her around the house reading it aloud to her. I was in sixth grade at the time. Before long, she was hooked on the story, too. We still read aloud when we can now. We’re on Frances Hardinge’s Cuckoo Song at the moment and loving every word.

If you could meet one literary figure — dead or alive — who would it be and what would you want to talk about?

CB: I’m going to choose someone alive in hopes that it might actually happen! One of my all-time favorite books is The Book Thief by Markus Zusak. I need to meet him in person one day so that I can tell him his words and characters are beautiful. And I want to discuss Death, who is such a perfect narrator for that story.