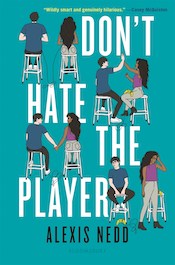 “This is by far one of my top favorite YA novels to have come out within the last few years — it’s sharp, smart, funny, and the voice is absolutely incredible,” said Abby Rauscher of Books Are Magic in Brooklyn, New York, who served on the bookseller panel that selected Don’t Hate the Player for Indies Introduce.

“Don’t Hate the Player follows Emilia, a chronic overachiever who moonlights as a competitive gamer. She keeps these two parts of her life distanced and paralleled, at least until she takes up the opportunity to enter in a Pennsylvania e-sports tournament and runs into her childhood friend Jake — who now also goes to her high school. She’s trying to keep her identity a secret to keep herself safe from gross internet trolls, deal with her harsh team leader, excel at field hockey, keep her grades up, run for student vice president alongside her best friend Penny, deal with her irritating not-boyfriend Conner — all while trying to win this intense competition and figure out her growing relationship with Jake. The romance in this is sweet and realistic and charming, and everything about this incredible debut novel makes me wildly excited for Alexis Nedd’s whole career. I can’t wait to see what she does next!”

Nedd is the senior entertainment reporter at Mashable.com, where she covers television, movies, and video games. She lives in Brooklyn, New York.

Here, Rauscher and Nedd discuss what drew the author to this story and her real-life interest in gaming.

Abby Rauscher: The first thing that attracted me to Don’t Hate the Player was the premise of your main character, Emilia, living a double life as a hot girl overachiever by day, competitive gamer by night. What inspired you to couch the book in this high-octane world of e-sports? 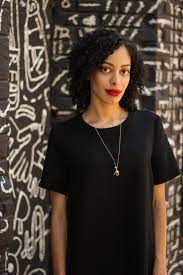 Alexis Nedd: Don’t Hate the Player is based on a concept written by Assemble Media, and two years ago I was given the opportunity to turn that concept — Romeo and Juliet in e-sports — into a novel called Player vs. Player. The base premise of Emilia and Jake’s characters came from that. Assemble was wonderful throughout the process and they were very supportive of the choices I made that changed their concept into what became Don’t Hate the Player.

My introduction to this idea was getting an email from my agent, Steven Salpeter, that asked if I would be into writing a YA romance about a Puerto Rican secret gamer girl, details pending. I didn’t even need the details at that point. I love YA, I love romance, and I when I was in high school, I was literally a Puerto Rican secret gamer girl. I had never written anything longer than an abandoned fanfic before, but I submitted a writing sample to Assemble thinking, “If anyone else gets to write this I will be reasonably devastated.”

AR: Emilia is an amazing character — she’s funny, smart, driven, a bit callous, more than a little secretive. Jake, her love interest, is sweet and earnest, a true Good Boy. I loved getting their different perspectives; Emilia is a hilarious, snarky, compelling narrator, and getting the peek into Jake’s private DMs with his e-sports team, Team Unity, was lovely and heartwarming. Why did you decide to switch between these two perspectives?

AN: It wasn’t my initial instinct to have both, or technically all three perspectives (Emilia, Jake, and the DMs with Team Unity) in the book. After writing a few of Emilia’s chapters I realized that the thing that made her voice fun to write — that snark that stems from her understandable mistrust of other people — made her an unreliable narrator for a romance! Even if the reader picks up that Jake is a Good Boy, I didn’t want Emilia’s second-guessing to overshadow his positive qualities. I wanted it to be clear that even though Emilia has a lot going on, Jake has his own life and motivations, while highlighting his emotional intelligence.

Some of that I put in his third person chapters and the rest was in the DMs with his teammates. I knew that a big difference between Jake and Emilia would be that he had a solid group of gaming friends and she didn’t, and you can learn so much about individual friendship dynamics just by observing how they talk to or text each other. So instead of writing those online hangouts from only Jake’s perspective it made more sense to meet and develop his friends in a group chat setup.

AR: No spoilers, but — what scene did you have the most fun writing?

AN: Hands down, the first time Emilia and Jake talk in her car was the most fun. It was a heavy lift for me because I had to move Jake in Emilia’s mind from the “do not trust under any circumstances” category to someone she could see herself falling for (even if she doesn’t clock it quite so early). I love writing dialogue and banter, so the challenge of making each new stage of that conversation something that brought Emilia’s walls down and Jake’s confidence up was something I really enjoyed.

The very first version of that scene was the two-page sample I wrote for Assemble Media months before I knew I’d be writing Don’t Hate the Player for real. The version in the book is totally different, but I remember reading their concept and knowing immediately where and when I wanted to meet these characters: in a car, in the rain, in a hopelessly awkward situation that neither of them can escape without telling a secret.

AR: No spoilers, but…what scene was the hardest to write?

AN: The lunchroom scene with Emilia, her friends, and one of her enemies was the most difficult for me and it’s the scene that went through the most edits, for which I am very grateful to my editor, Claire Stetzer. It took a while to nail the dynamic between all of those characters who want different things from Emilia and how she was going to react to the very messy climax of that chapter — which is a spoiler. It’s not a great look for almost any of the characters and writing those lows is always kind of heartbreaking.

AR: Between Emilia and Jake, they must have played literally thousands of hours of Guardians League Online. So, inquiring minds would love to know: what game have you played the most, and what’s your playtime?

AN: The console game I’ve logged the most play hours in is The Elder Scrolls V: Skyrim. It’s a classic and every few years or so I am seized with the compulsion to boot it up, make a new character, promise myself I’ll make different choices, and end up playing 50+ hours as a sneak archer for the eleventh time since college before remembering I am terrified of spiders and quitting. To this day I have never beaten it.

The secret answer, however, is World of Warcraft. I loved games in high school but didn’t have a console in the house, so the day I got my first check from a restaurant job I went to an actual GameStop and bought the Wrath of the Lich King bundle. Dumped months’ worth of play time into that one. My guild on there were some of my closest friends for a while and my experience with WoW definitely influenced some of Don’t Hate the Player’s chat and gaming scenes.