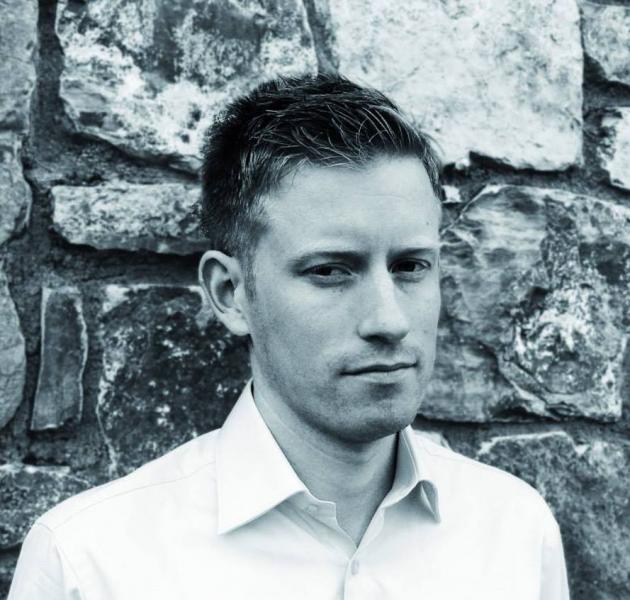 Barrett grew up in County Mayo, Ireland, and received his master’s degree in creative writing from University College Dublin. His work has been published in The Stinging Fly magazine and in the anthologies Sharp Sticks, Driven Nails (Stinging Fly Press) and Town and Country (Faber and Faber).

“These short stories… are just tiny glimpses, vignettes of the lives of some of the younger class of residents,” he said. “A bit of grit clings to each story, each sentence — maybe a hint of an outburst, a drinking binge, a fight, a spat over a girl. Yet rather than being mournful or darkly introspective, they are infused with life and realism and characters that stick in your craw, even if you’re with them for only 20 pages.” 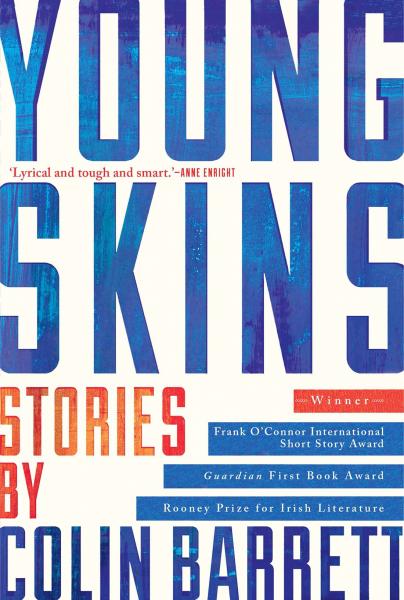 In addition to being selected as an Indies Introduce Debut Authors title, Young Skins has garnered several writing prizes and overwhelming accolades. What is it like to have your debut receive such an amazing amount of attention?

Colin Barrett: “It’s all downhill from here,” as Jim O’Rourke sang. No, it’s fantastic, and I am acutely aware and appreciative of the infrequency with which a first book, and a first book of short stories in particular, receives access to such sustained attention. Great work gets put out every day that, from the point of view of the market, more or less drops off the radar shortly thereafter. Of course, what makes it and matters in the long run is another matter entirely, but I’m a lucky SOB to have gotten this early success. Winning the Frank O’Connor prize was simply nuts — the longlist alone had dozens of writers on it I’ve been in awe of for a long time.

In what ways does the small town of Glanbeigh, the setting for the stories in Young Skins, compare to your childhood in County Mayo?

CB: I grew up mainly in a small, west-of-Ireland, coastal rural town. Glanbeigh is a fictional, small, west-of-Ireland, coastal rural town. There are, of course, blatant autobiographical correlations, but those correlations are hopefully the least interesting thing about Glanbeigh and the stories I have set there. The process of making fiction — and in particular grappling with the exquisite vexations of the short story form — was what motivated the book. In other words, I had and have zero interest in straight autobiography. The idea of a memoir, for instance, bores me to tears.

You’ve previously mentioned that the characters Hal Incandenza and Donald Gately from David Foster Wallace’s Infinite Jest have influenced your writing. How did they make you want to be a better writer?

CB: Because they are characters and Infinite Jest, itself, is a book that even now — it’s been years since I’ve last read it in full — induces a visceral pang, a charge of residual feeling, whenever I consciously think about it. Great books don’t live in your head — your head, of necessity, gets continually diverted by one shiny thing after another. A great book stays with you in your guts, as Infinite Jest has for me. There are people who can’t stand the book, and I get it. It is long and overstuffed and prolix and unhinged, full of show-offy and frequently excruciating technical and formal fripperies. It’s got all that going on. But I’ve never felt as much, accessed as many sudden vistas of what I can only call human recognition, as when I read it.

How do you think short stories connect with people differently than novels?

CB: Short stories, like poetry, demand more of the reader straight up: you have to start paying attention from the get go. We’ve all had that experience with longform work — novels, TV shows — of taking the first 50 or so pages/opening episodes to ‘warm up’ to the work. A novel can take its time, relatively speaking, in persuading you of its charms. Stories require an immediate intensity of receptivity from the reader, and that’s a riskier position to be in.  The reward, though, is a reciprocal charge, a burst of aesthetic intensity you won’t get from longer stuff. And that burst can resonate with you indefinitely.

Is there anything you would tell your younger self if you could?