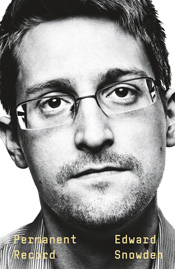 On December 17, a federal judge ruled that Edward Snowden must turn over all proceeds from his book, Permanent Record (Macmillan), to the U.S. government. The U.S. Department of Justice (DOJ) filed the lawsuit against Snowden and Macmillan in September 2019, claiming that Snowden, a former Central Intelligence Agency (CIA) employee and National Security Agency (NSA) contractor, violated non-disclosure agreements by failing to submit his memoir to the government for pre-publication review. In the lawsuit, U.S. Attorney for the Eastern District of Virginia G. Zachary Terwilliger said, “This lawsuit will ensure that Edward Snowden receives no monetary benefits from breaching the trust placed in him.”

As outlined by O’Grady’s ruling, Snowden asserted that “the United States anticipatorily breached the Secrecy Agreements by indicating it would refuse to review [his] materials in good faith and within reasonable time.” Snowden also argued that the government selectively enforces these agreements and that he was targeted by the government out of hostility towards his viewpoints.

Brett Max Kaufman, a member of Snowden’s legal team and a staff attorney with the ACLU’s Center for Democracy, said of the decision, “It’s farfetched to believe that the government would have reviewed Mr. Snowden’s book or anything else he submitted in good faith. For that reason, Mr. Snowden preferred to risk his future royalties than to subject his experiences to improper government censorship.”

In a tweet on Thursday, December 19, Snowden commented, “The government may steal a dollar, but it cannot erase the idea that I earned it. I wrote this book, Permanent Record, for you, and I hope the government’s ruthless desperation to prevent its publication only inspires you read it — and then gift it to another.”

The American Civil Liberties Union (ACLU) and the Knight First Amendment Institute filed a lawsuit in April 2019 challenging the constitutionality of the pre-publication review system. The lawsuit argues that individuals do not forfeit their First Amendment rights when they enter into government service and equates the pre-publication review system to censorship.

In response to the ruling, Dave Grogan, director of the American Booksellers for Free Expression (ABFE) said, “We are disappointed in the judge’s ruling. It’s hard to see the government’s actions as anything but a clear attempt to silence those who would reveal information that may be critical of the government’s actions. Clearly, this will have a chilling effect on potential whistleblowers in the future.”

Grogan continued, “The government may have won a financial gain from this ruling, but at least it did not silence Snowden’s words. And in the end, that is what will have the most value.”