Indie booksellers across the country have chosen Tokyo Ever After by Emiko Jean (Flatiron Books) as their top pick for the May/June 2021 Kids’ Indie Next List. 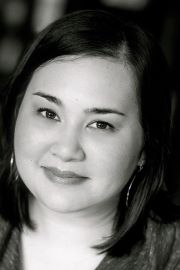 It’s always been just Izumi Tanaka and her mom — until she finds a clue tucked away in her mother’s belongings that hints at who her unknown father is. When she discovers he’s the Crown Prince of Japan, she’s invited to visit the Imperial Family in Tokyo. But the family reunion isn’t quite the fairytale trip she imagined. Caught between two worlds and feeling out of place in both of them, Izumi must try to achieve her happily ever after.

“It’s easy to compare this book to The Princess Diaries, but it has more than that: beautiful, vivid writing; a fiercely charming lead; and the city of Tokyo coming to life on the page,” Lindsay Howard of Lark and Owl Booksellers in Georgetown, Texas. “While offering hope, fun, and wonder, it will speak to those who feel out of place or torn between two worlds.”

Here, Jean discusses the Imperial Family and more with Bookselling This Week.

Emiko Jean: There really wasn’t a lightning bolt moment with this story. Instead, it evolved over time and in layers. I was very interested in writing about a girl, specifically Japanese-American like myself, who was searching for her identity — a place where she belongs. I also reflected on my adolescence. Growing up, I couldn’t find books that featured Japanese-American protagonists. I wished with my whole heart to see myself in the books I loved. So those two things, identity and representation, became the driving force behind Tokyo Ever After. Once I had established that, it made sense to use the I’m-really-a-princess trope and pair it with a search for cultural identity.

BTW: Can you tell me about your research process? Did anything surprise you? 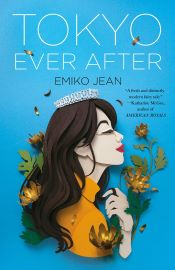 EJ: Most of my research centered around the Imperial family — their history, their public and private lives. It was no small feat piecing together biographies, online articles, and tell-all books to create a complete picture. There are so many fun facts about the Imperial family — none carry cash or have surnames, but what really astounded me was how regimented their lives are. Days are rigidly scheduled for the inner court members. They aren’t allotted many of the freedoms we take for granted.

BTW: Izumi has such a funny, irreverent voice. How did you craft it?

EJ: When I start thinking about a novel, I always consider the character first. In many ways, Izumi is a reflection of high school Emiko. I remember being the funny kid in school, but like Izumi, I used that as a shield to mask insecurities, what I was truly feeling — the fact that I couldn’t find myself at home amongst my white classmates.

BTW: What sparked your interest in the Imperial family?

EJ: The Imperial family is an institution, the oldest hereditary monarchy, and, in many ways, they represent the good and bad of Japan. It seemed right, then, that Izumi’s search for identity would play out on a grand scale and with a family with such strong historical roots in Japan. From a story perspective, it added to the push and pull and helped to create tension.

BTW: There’s a line in which Izumi’s mother says that “women royals are especially scrutinized.” In the U.S., this issue is so often explored through the British Royal Family. Can you talk about how this scrutiny manifests for the Imperial Family?

EJ: There is such a fascination with royalty. Society, in general, scrutinizes females in power more than their male counterparts. Imperial and royal families are no exception. In addition, fairy tales are very much a part of every childhood. That power is very alluring, I think, that feeling of being wanted. It is a kind of escapism. But the truth is that women royals have very little within their control. And their private lives are often made for public consumption. Like the British royal family, the Imperial family is at the mercy of the press. The princesses' daily lives are cataloged, and every detail is reported on — what they wore, how they smiled (or didn’t), speculation about pregnancy, relationships, etc. But to a lesser degree than the British royals.

BTW: This book really centers on Izumi building a connection with her estranged family. What drew you to this topic?

EJ: When I was very little, I used to daydream I had another family, one that would come and spirit me away to a new place. I think that childhood fantasy eventually drew me to the topic of estranged families — that question of is there, could there be, a different life for me?

BTW: Izumi also explores her identity. In California, she questions if she’s American enough, and in Japan she questions if she’s Japanese enough. On top of that, she has to learn the customs of the Imperial Family and what her official duties entail. Can you talk about looking at identity through the lens of a teenager?

EJ: I have direct experience with this. Well, not with the Imperial family and official duties, but I do have a personal connection to being conflicted about identity. Izumi’s experiences very much parallel my own as a teenager — I never felt American or Japanese enough. It was a constant struggle for me, having my identity chopped up into little pieces, people never seeing me as a whole person.

BTW: Can you talk about the role indie bookstores play in your life?

EJ: Independent bookstores are where I fell in love with books (that and the library!). I remember spending weekends with my mother browsing the new releases at our local indie. Does anything smell better than a bookstore? As an adult, independent bookstores are woven throughout the fabric of my life. I go to independent bookstores to find new worlds to escape to. And now that I have kids, I get to share the wonder of books at indie stores. Professionally, bookstores support me in that I am able to do what I love because of indie booksellers. It is such an honor to be the number one Indie Next Pick. I am deeply appreciative of this and hold it close in my heart. Thank you!