Indie booksellers across the country have chosen Courtney Summers’ The Project (Wednesday Books) as one of their top picks for the Spring 2021 Kids’ Indie Next List. 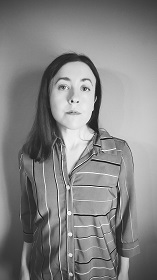 When a tragedy pushes her sister Bea to join The Unity Project, Lo Dehnam knows something’s off — she just can’t prove it. Six years later, Lo, estranged from her sister and working as an assistant at a magazine, finds the lead she’s been searching for: a close friend of her boss claims The Unity Project killed his son.

Her investigation grants her the perfect opportunity to find out the truth about what’s happened to her sister from The Unity Project’s leader himself, Lev Warren. But when every answer she gets upends everything she thought she knew, Lo must decide who she believes — Lev, or those standing against him.

“Courtney Summers is back with another electric gut-punch of a novel, and I couldn’t be more thrilled to have found myself a quivering mass of emotion after turning the last page of The Project,” said Cristina Russell of Books & Books in Coral Gables, Florida. “Only Summers can perfectly encapsulate the dueling states of fragility and ferocity that exist within young women when they find themselves alone in a world that isn’t designed to protect them from harm. I dare you to pick up this brilliant novel about two sisters and a mysterious cult — you won’t be able to put it down.”

Here, Bookselling This Week talks with Summers about cult dynamics and how women process trauma.

Courtney Summers: Most people don’t believe they’d join a cult and I wanted to write a novel that really pushed back against that perception. I wanted this book to be fearless in what it asked of readers: to approach the story with the full force of their empathy and to try to see themselves in its pages.

BTW: When we meet Lo, she’s 19 years old and navigating the complicated world of her first job as an assistant at a powerful magazine, SVO. Can you talk more about bringing a slightly older protagonist and dealing with more “adult” issues into the space of YA? 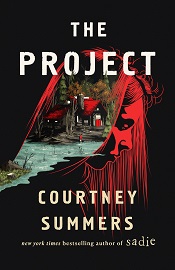 CS: There’s been an ongoing conversation about whether or not The Project is a young adult novel — or at the very least, appropriate for the category — and it’s been really interesting to me because there’s no doubt in my mind that it is. I feel like the question often stems from a very rigid perception of what constitutes “the young adult experience.” The absence of a high school setting and the supporting cast of adult characters is frequently mentioned, as well as Lo being right on the line between adolescence and adulthood, though at 19, she is still a teen. I think the narrower our parameters, the more we run the risk of privileging certain types of narratives and it comes at the expense of, if not outright denies, the truth of how varied, diverse, and, yes, “adult” the teen experience actually is and can be. And that truth represents a place in my work where I refuse to compromise.

BTW: Likewise, we also follow Bea’s indoctrination into The Unity Project. How did you craft her character?

CS: Bea actually came to The Project in the second — and final — draft and the moment she did, the whole book came together. It was important to have a counter to Lo’s brittle nature and her skepticism, and Bea provided that. There was something very lovely and heartbreaking in developing and exploring a character who was willing to be open to this cult because she believed its leader saved her little sister’s life after a devastating car accident. I feel a lot of love for Bea and that certainly went into how I crafted her.

BTW: What kind of research did you do for this book?

CS: The Project was inspired by Jim Jones and Peoples Temple, so I did an intensive amount of research into the cult’s history; its leader, Jim Jones; and its victims and survivors. This included but was not limited to deep dives into academic texts, historical accounts and memoirs, documentaries, lectures, interviews, the FBI’s archives . . .The Alternative Considerations of Jonestown and Peoples Temple website was a particularly important and helpful resource while writing this novel.

CS: It was a time of fear, of major instability, one we’re still processing and actively recovering from. Peoples Temple was established during a time of national upheaval and that was a huge contributing factor as to why people were compelled to join; they saw Jim Jones and his church as an answer to the helplessness they felt and an opportunity to do things that would make a positive difference. They also saw it as a safe place — or, at least, a safer place than the world they currently inhabited. It’s an additional layer of tragedy. The timing of The Project serves its narrative in much the same way. I also wanted this book to feel like it could be a very real moment in our history, and I think if I had been too opaque, I would have given the reader more opportunity to reject the novel’s thesis — that they, too, could find themselves vulnerable enough to see The Unity Project as an answer for themselves.

BTW: This book is at once a riveting thriller, but also a deep exploration of the ramifications of trauma, abuse, and manipulation. Is there any one thing you’d hope readers take away from this story?

CS: Women are held to incredibly punishing standards with regards to how they react to, cope with, and process their trauma. I’ve seen this reflected in the response to my work over the years, which frequently explores this topic — people want my characters to have sedate, easily understood, or likable reactions to the trauma they’ve endured. I think providing narratives that prioritize and honor the pain my characters are going through, instead of making it palatable at their expense, is what I need to do. I want readers to consider how they’re engaging with stories exploring trauma and abuse featuring female characters and to unpack what their response potentially reveals about themselves, and how we might unknowingly declare ourselves safe and unsafe spaces for others.

CS: My work wouldn’t be possible without the work of independent booksellers. Being the #1 Kids’ Indie Next List Pick for Spring 2021 is certainly a highlight of my career. I’m so grateful for the honor. When you walk into an indie bookstore, you are met as more than just a consumer — you are seen, welcomed, and embraced as a reader. An indie facilitates a lifelong relationship between readers and books through a level of care and personal connection that goes beyond the act of merely selling them.

CS: I can’t tell them anything specific but I can promise them this: it’s gonna hurt.