Copperfield’s Books — which has locations in the Sonoma, Marin, and Napa counties of California — will be opening a new store in DIESEL, A Bookstore’s former location in Larkspur, California. The grand opening is scheduled for Friday, November 23. 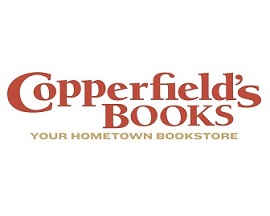 Copperfield’s decided to open a new store in Larkspur because it would like to continue the legacy of the independent bookstore that was previously upheld by DIESEL, said Paul Jaffe, president of Copperfield’s Books.

“The owner of the Marin Country Mart in Larkspur, a ‘village’ as he describes it, designed and built the store as a paean to his appreciation of books, and it has a beautiful aesthetic that would be a joy and honor for any bookstore to occupy,” Jaffe said. “We are excited by both the challenge and opportunity to create a successful store within its relatively small confines.”

The new Copperfield’s location will offer Larkspur customers “tremendous ambiance,” said Jaffe. “It even has a big gas fireplace in the middle of the store with room to sit around and get cozy with a book.”

The store will also have its trademark large children’s section with regular story-time hours as well as well-curated sections of fiction and nonfiction, sidelines, greeting cards, and remainder books. Jaffe noted that while the store hasn’t found a place to house magazines yet, it is considering implementing an outside magazine stand concept inspired by Book Soup in Los Angeles.

“Every [Copperfield’s] store/location is different and unique and requires from us a commitment to understand the needs of the community and what services we can provide…which is hopefully in direct proportion to how we are then supported by the community,” Jaffe added. “All our stores are distinct (except for our signature wooden fixtures, which are all hand-built by our carpenter), and they each have their own soul. Our motto is ‘creating community together,’ and we are excited about creating that synergy once again, which is a big part of the success and continuing legacy of Copperfield’s Books.”