From Circus to Ape House: An Interview With Sara Gruen 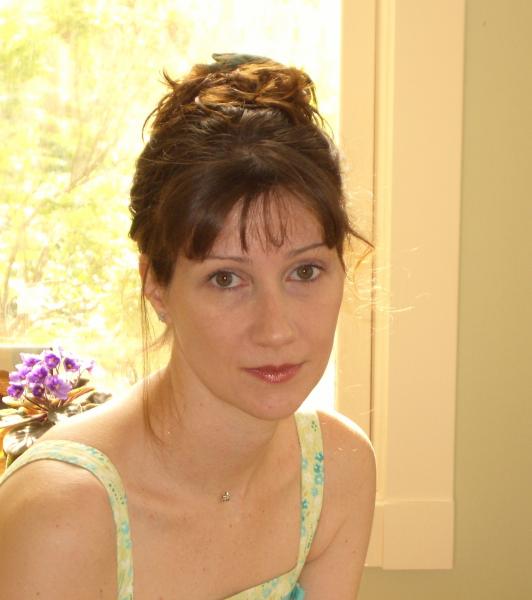 After indies chose Sara Gruen’s Water for Elephants (Algonquin) as the number-one June Book Sense Pick in 2006, they handsold her novel into national bestsellerdom. Gruen’s latest, Ape House (Spiegel & Grau), is also an indie favorite and a Next List pick for September. As with her three previous novels, Gruen’s Ape House features animals as some of the leading characters. This time bonobos, an endangered species of chimpanzee, take the stage.

When the Great Ape Language Lab is destroyed by “eco-terrorists,” the resident bonobos – “matriarchal, egalitarian, peaceful” – end up being the stars of a reality show called Ape House that makes MTV’s Jersey Shore look like Masterpiece Theater. The apes’ former handler, Isabel Duncan, who considers them “family,” plots to rescue them. Meanwhile a reporter, with the help of some Russian strippers, braves meth lab thugs and the competition to find out who’s behind the destruction of the lab.

The bonobos in the novel understand two human languages – American Sign Language and English – and Gruen said that nearly all of the story’s instances of great apes communicating with people are based on real events (Nim Chimpsky provides one of the epigraphs). Gruen’s had her own conversations with bonobos when she visited the Great Ape Trust, a scientific research facility in Iowa dedicated to understanding and preserving endangered great apes in their natural habitats. “The experience was astonishing – to this day I cannot think about it without getting goose bumps,” said Gruen in an author’s note.  “You cannot have a two-way conversation with a great ape, or even just look one straight in the eye, close up, without coming away changed.”

Gruen’s love of animals started early. When she was eight, she and her brother designed a “Bear World” populated by their stuffed-animal collection. At 12, she wrote a letter to Penny Patterson, Koko the Gorilla’s person, which began a relationship that continues today. Gruen lives with her husband and three children, along with a small farm’s worth of animals. Bookselling This Week spoke with Gruen via e-mail about her pets, bonobo and human culture, inter-primate communication, and the “crazy whiteboard” she uses to keep track of it all.

What was it like to do some of your research at the Great Ape Trust?

It was fabulous! I never in my life would have dreamed I’d research a novel in a lab with language competent apes. I love my job!

Were you one of those kids who wanted to be a veterinarian or Jane Goodall when she grew up?

I wanted to be a vet, but then when I hit high school I turned out to be incapable of dissecting a worm, so there was a quick end to that. I did correspond with Penny Patterson (Koko’s person) about what courses I should take when I went to college if I wanted to do something similar to what she was doing, but somewhere out there literature was dragging me toward it like a super-magnet.

I’m assuming you must have a few animals of your own. What kind do you have?

Currently, we have two dogs, four cats, two horses, and a goat. I say currently, because my stepdaughter is a vet with a soft heart and so you never know what’s coming down the pipe...

With meth labs, a pit-bull mix named “Booger,” “eco-terrorists,” and strippers, along with great apes ordering cheeseburgers, there’s a lot happening in Ape House. Did you use an outline?

I don’t use outlines. I prefer my stories to grow organically, although that means I have to do an awful lot of tightening and editing later. I keep a whiteboard that has some ideas on it, but it’s a pretty crazy whiteboard and certainly not linear. For me, part of the magic is not knowing myself exactly what is coming next. I like the characters to show me.

There’s a lot of exploration of various kinds of primate relationships here. Was this something you wanted to compare and dig into?

I definitely wanted to compare bonobo culture and human culture and the different ways in which we deal with things (family dynamics, family dysfunction, the contortions humans go through to obtain both illicit and licit sex, the question of whether to procreate if your own family is a mess, etc.).

What do you hope readers take away from Ape House?

I hope they’ll be aware of bonobos. I hope they will think about the way humans treat humans in this world of instant data transmission. And, most of all, I hope they came away having enjoyed the story.

Are you planning a tour?

Five days and counting! It’s always exciting to meet readers and explore a new book with them. Readers bring as much to a book as the writer does, in my opinion, so I learn all sorts of interesting things on tour!

What are you working on now?

My latest project involves three intertwined tales of obsession all wrapped up in one larger obsession, but I don’t think I’m going to get much done on it until I’m off the road.