Ci6 Education In-Depth: Judge a Book by Its Cover

Three professionals from the book industry served on a panel at the American Booksellers Association’s sixth ABC Children’s Institute in New Orleans to share how the cover design process works at both small and large publishers.

The June 21 panel — titled “Judge a Book by Its Cover: The Creation of Cover Art” — was moderated by Tegan Tigani of Queen Anne Book Company in Seattle, Washington. The panelists were Claudia Bedrick, publisher of Enchanted Lion Books; Alison Klapthor, art director at HarperCollins Children’s Books; and Justin Chanda, vice president and publisher of Simon & Schuster Books for Young Readers.

Each panelist discussed aspects of the cover design process as they related to their specific publishing house, from brainstorming ideas for a cover to creating line looks across multiple books in a series.

At Simon & Schuster, “everyone in the building is involved with the direction of a cover,” said Chanda. “It’s the number-one marketing tool, it’s the thing that everybody looks at, and when a book fails, it’s the first thing that people point to, whether that’s true or not.”

Chanda elaborated on the cover design process at Simon & Schuster, which begins with the manuscript. After the title is acquired, the editor will draft a cover memo that outlines the spirit they think the cover should embody, as well as information about the appearance of the main characters. Then, the art director provides sketches, photographs, and a mood board to help brainstorm ideas. The decision between an illustration or photography is made, and from there various designs are drafted until a cover is chosen.

The choice between illustration and photography largely depends on the trends of the industry. “For the longest time, everything in teen was photographic. Why? Because it was working, so we all just kept doing it,” Chanda said. “Then, The Fault in Our Stars had two illustrated clouds on it and all of a sudden everything became illustrated.” He added that now there’s a nice mixture of both.

Before the final art is chosen, full designs sometimes get scrapped at the last minute, as Chanda explained with This Dark Endeavor by Kenneth Oppel as an example. After several attempts to make an illustrated cover work, the team finally decided to scrap it and go with a photograph instead. At its release, the book did not sell well, which prompted the publisher to alter the cover for the paperback release, this time catering more to the gothic romance trend. 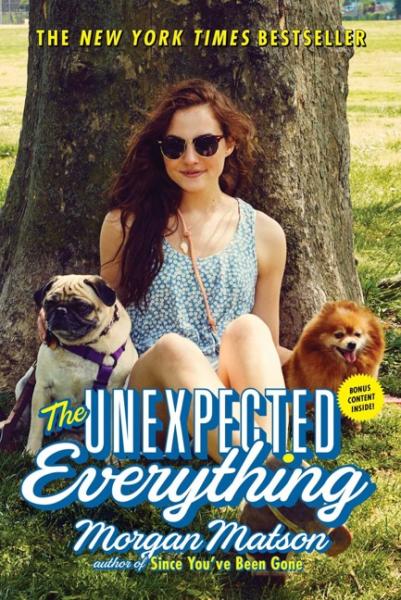 Shooting a cover for Morgan Matson’s The Unexpected Everything was especially difficult, he said. After the success of Matson’s Since You’ve Been Gone, whose cover featured a teenage girl in sunglasses, the publisher wanted to establish a visual connection between the two books with what is called a “line look.”

“[The Unexpected Everything] went on to be a New York Times bestseller,” said Chanda. “But every account came back to us and said, ‘It should have sold more — change the cover. Where’s the girl with the sunglasses on?’”

He added that while publishers never know exactly what makes one book sell better as opposed to another — it could even be that one book’s title is simply better than another’s — they still opted to change the cover.

At HarperCollins, the cover design process tends to begin with the art director and editor and slowly expands to include marketing representatives and even booksellers. While the content of the book, audience reception, and industry trends factor into the final decision, Klapthor said that HarperCollins considers how its books will stand out among the rest as well.

“We always start with content, but ultimately we want the cover to look unique,” Klapthor said, noting the similarity of covers within the YA genre. “We want a compelling and well-designed cover.”

Klapthor also detailed the different ways HarperCollins works to create line looks for their titles, using The Confidence Code for Girls by Katty Kay and Claire Shipman as an example 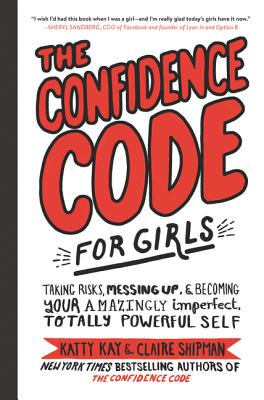 The book is a follow up to The Confidence Code: The Science and Art of Self-Assurance—What Women Should Know, also by Katty Kay and Claire Shipman, which is marketed toward adults. Klapthor wanted the cover for the children’s version to connect back to the adult edition, so readers who enjoyed adult version would buy the children’s copy for the young girls in their lives. For the final cover of the children’s version, HarperCollins chose to use the red, black, and white color scheme of the adult edition.

HarperCollins also worked to create a line look for Margaret Peterson Haddix’s Greystone Secrets series. In this instance, the publisher had to balance Haddix’s preferences with the trends of the industry. “[The] covers that [Margaret] liked were a little quieter, a little more illustrated than what was selling in this genre,” said Klapthor. Several artists were hired to provide sketches until the team found one that suited everyone’s tastes, which is a common occurrence for big-budget titles.

Enchanted Lion Books, a small press that publishes 16 to 22 books a season, takes a different approach to cover design. “I work closely with the author and illustrator for every book that we originate, so we discuss together what we think the cover should be,” said Bedrick, noting that the other staff members at the press become more involved later on.

On rare occasions, Enchanted Lion will incorporate the opinions of very particular readers: the children of those who work at the press. “We’ll bring books home and share them and read them and talk about them,” said Bedrick. “It has happened that we have various things across our books that have been generated by children.”

Bedrick’s son sparked the idea for the character Egg Cream, a jealous dog in The Jacket, written by Kirsten Hall and illustrated by Dasha Tolstikova. “[My son] was looking at Dasha’s images for the dog and he was like, ‘It’s like an egg cream,’” Bedrick said. “Then I talked with Kirsten and Dasha and they loved it, so we went with that.”

While HarperCollins and Simon & Schuster tend to focus on incorporating overarching thematic images into their cover designs as they reflect industry trends, Enchanted Lion homes in on the content and works to evoke a certain mood or theme. The press also handles books in translation, which typically already have a cover at acquisition. But that doesn’t mean Bedrick always decides to keep it. For Bertolt, a children’s book written by Jacques Goldstyn, translated by Claudia Bedrick herself and published in the original French by La Pastèque, Bedrick felt that the original cover, a stark winter landscape, didn’t truly reflect the themes of the story. 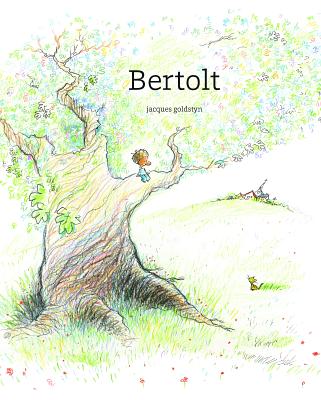 “For us, the essence of the book was the friendship between the boy and the tree as it was alive. The most beautiful moments in the book are described during the springtime,” Bedrick said. Enchanted Lion’s version of the book’s cover features lush greenery. Bedrick added that should the French reprint their edition, there is a possibility they will use Enchanted Lion’s cover, something the press experiences often.

When designing a cover, Enchanted Lion also takes the reader’s experience into consideration. Bedrick named an ongoing nonfiction series about endangered animals illustrated by Jenni Desmond as an example. While Desmond wanted an imaginative, lyrical image for the covers, Enchanted Lion felt it would be confusing to the audience as to what was inside the book. Bedrick added that the press didn’t want readers to be disappointed if the illustration on the cover implied that the book was a fictional tale, rather than a work of nonfiction.

“All we can do is work with the content of the book...to create what we think represents the book in its fullest and deepest sense,” she said. “And then it goes out to all of you...and we hope that it communicates what we want it to.”

“We’ll very often redesign backlist to refresh it. When it happens mid-series it’s an interesting phenomenon,” said Chanda. “I would say overwhelmingly it’s because the sales are starting to decrease, and as I said earlier, everyone loves to weigh in on the cover because it’s the easiest thing to blame.”

One other reason might be because other books on the market look too similar. He added that when redesigning the covers for the books in Cassandra Clare’s Shadowhunter Chronicles, Chanda and his team purposefully decided not to repackage the hardcovers to avoid upsetting Clare’s loyal fanbase.

For booksellers who are planning upcoming window and table displays, the panelists ended the session by noting that a certain color is going to be very popular in spring 2019: champagne.