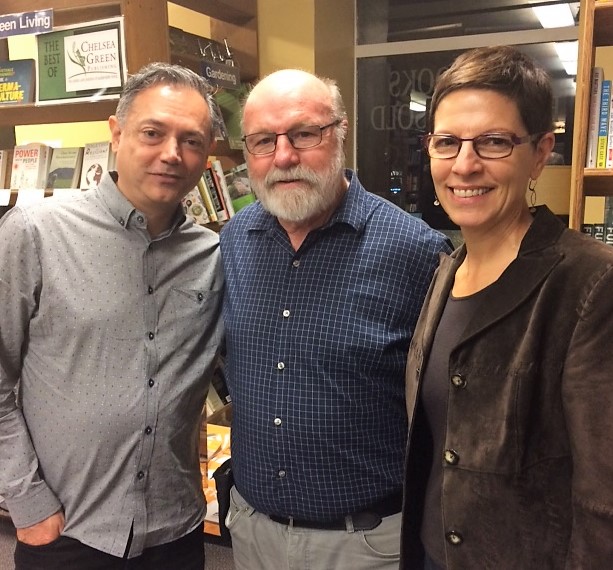 Chuck Robinson celebrated the end of his philanthropic Big Ride at a party on Saturday, November 18, at Village Books and Paper Dreams, the Bellingham, Washington, bookstore he and his wife, Dee, founded in 1980 and sold to three of their employees early this year.

The party honored Robinson’s completion of a cross-country bike ride that was accomplished in two parts. Two years ago, Robinson got as far as North Dakota before an accident put him out of commission. This year, he left on September 1 from North Dakota and made it to Maine on October 11. 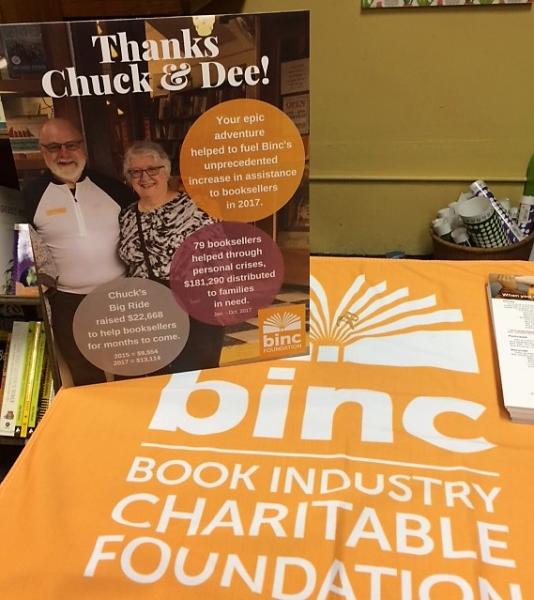 “Saturday evening was, indeed, a great experience. A number of the folks who came are part of a group I regularly bike with here, and it was great to have them there,” Robinson told Bookselling This Week. “Ken White, a Binc board member, came up from San Francisco to represent Binc. We’ve been friends for years and it was great to see him. We were able to have dinner with him after the event. It was a great way to wrap up the whole experience.”

Robinson chronicled his bike ride on a blog that included his musings on the scenery and his stops at independent bookstores along the way. He logged 1,400 miles on the first trip and 1,982 miles this year, putting the total journey close to 3,500 miles. 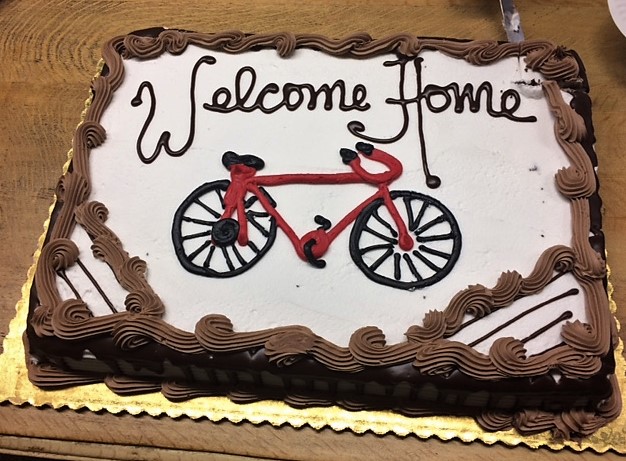 Chuck Robinson's bike journey was celebrated by supporters and friends.

“It was a great ride. The weather was terrific and I didn’t have to cross mountains on the second day, as I did on the first part of the ride in 2015,” said Robinson, who turned 70 on November 14. “It was a great way to see some parts of the country I hadn’t seen before. It was fun having riders with me for part of the time. I rode about 25 percent of the way on trails — more than I had expected when I set out. I’ll continue to ride, but I’ve checked the cross-country trip off the bucket list.”