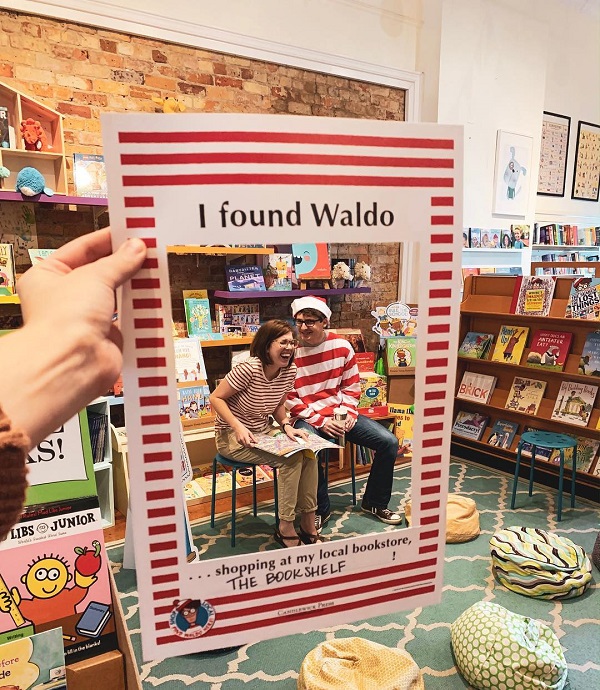 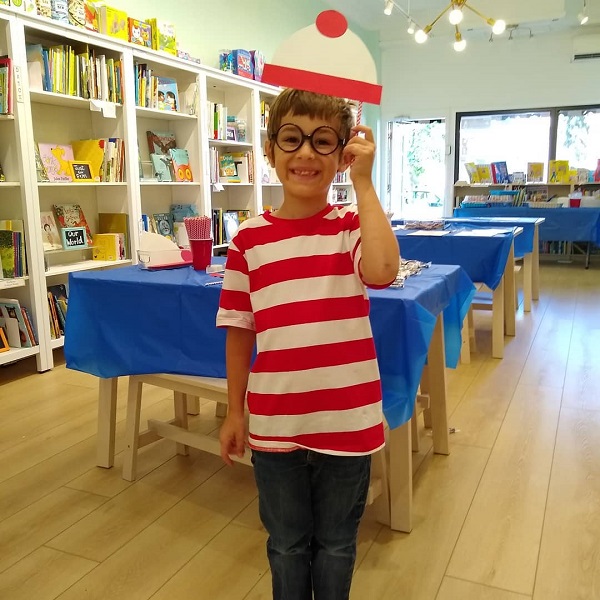 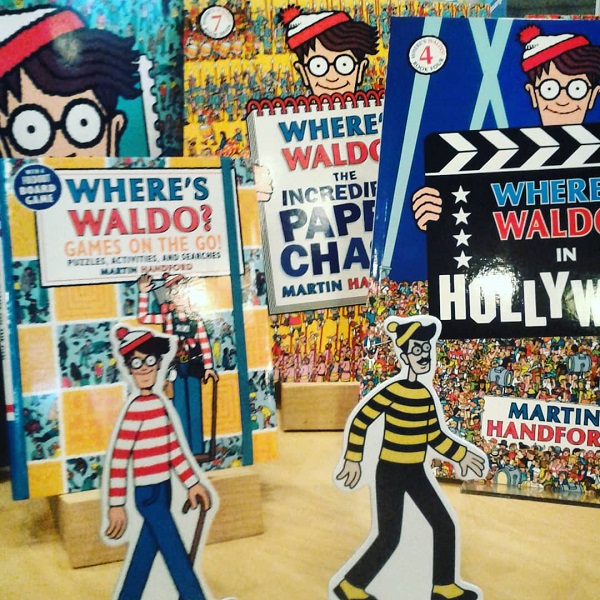 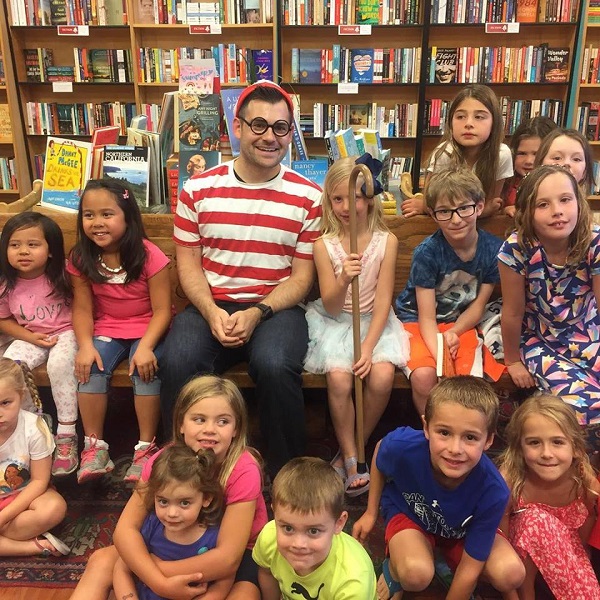 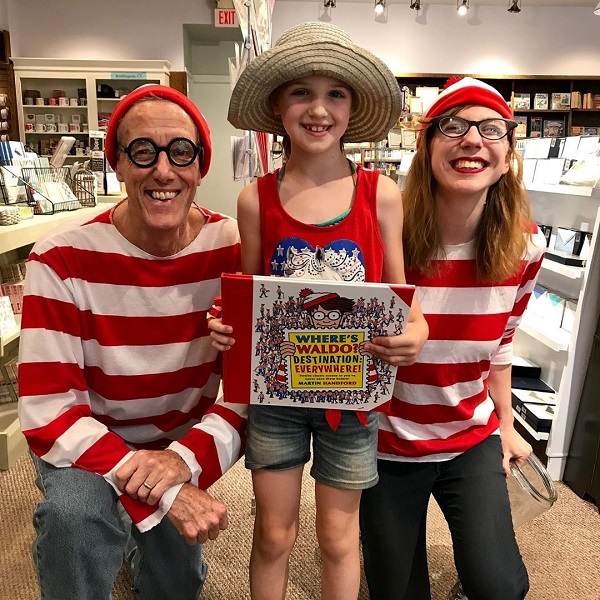 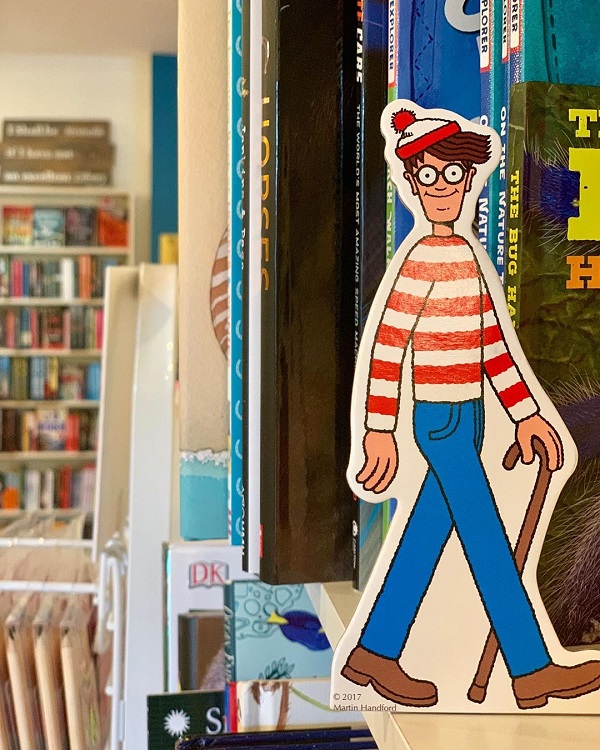 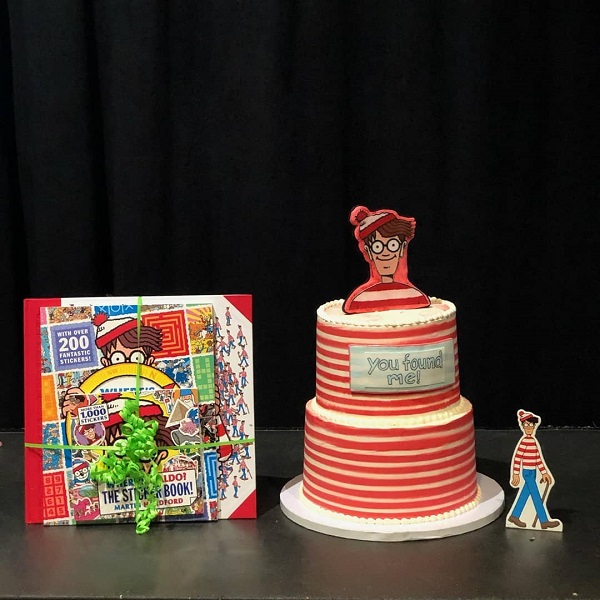 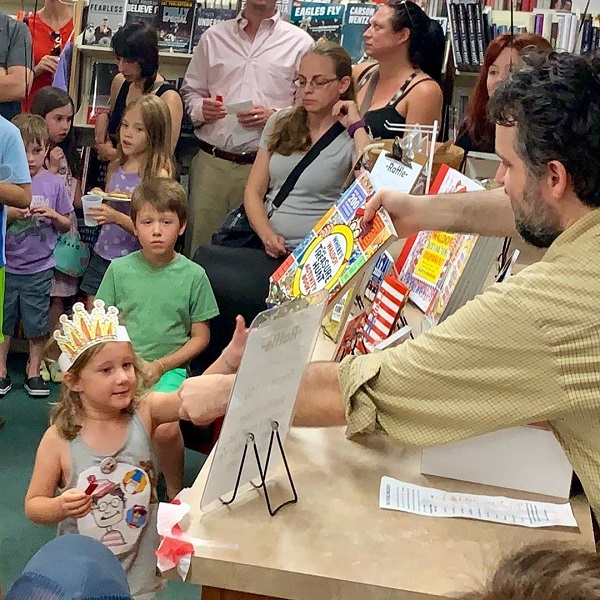 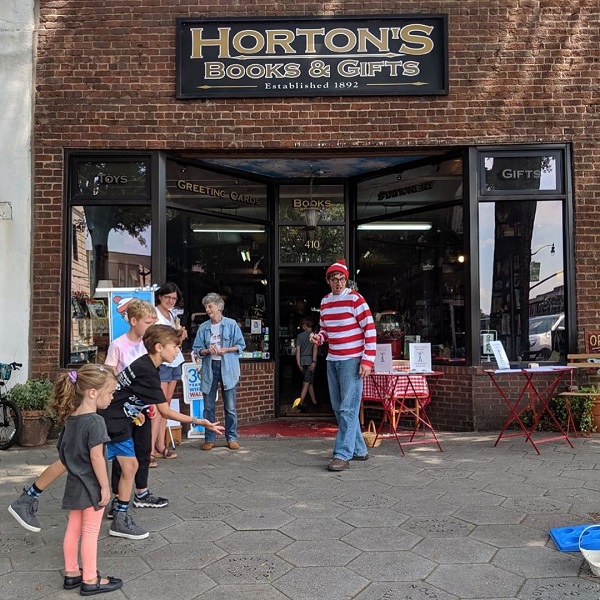 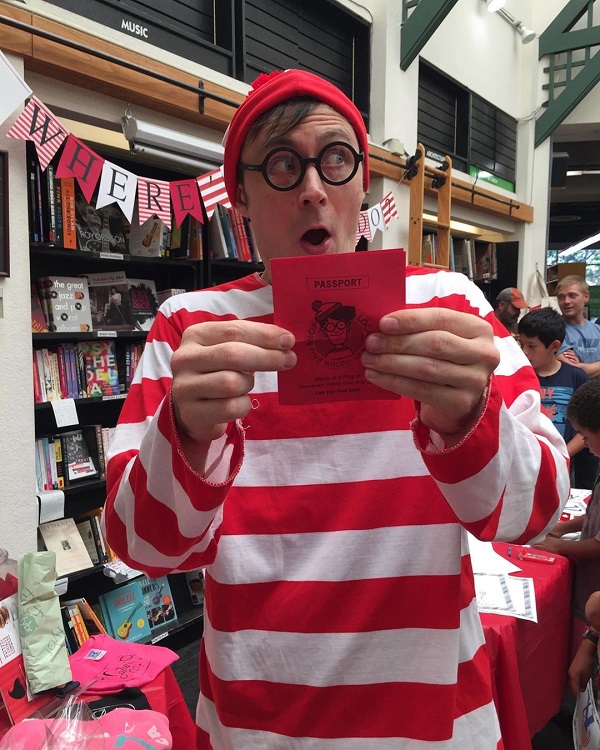 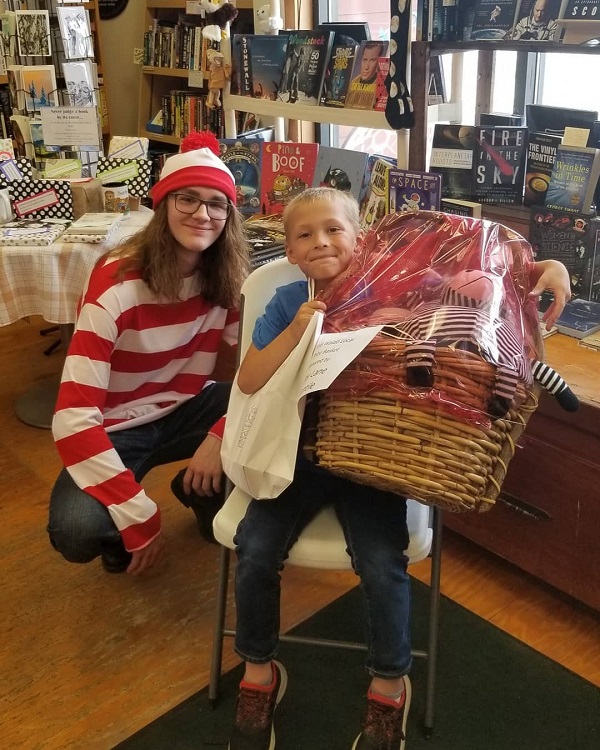 This July, independent booksellers nationwide celebrated another year of Find Waldo Local, the shop-local challenge co-sponsored by Candlewick Press and the American Booksellers Association. On July 31, bookstores concluded the event with activity-filled finale parties for participating community members of all ages.

The Find Waldo Local challenge, which invites children to pick up a passport at any of the 250 participating independent bookstores nationwide, leads participants through a scavenger hunt around their local downtown business district in search of the bespectacled picture-book character Waldo. For every miniature Waldo standee spotted at a participating business, children earn stamps that can be used toward fun prizes given out at the host store’s final celebration.

For the past eight years, the annual Find Waldo Local celebration has not only brought exposure and new customers to local businesses, it has given communities a tradition to look forward to each summer.

Monika Zerzan told Bookselling This Week that Northtown Books in Arcata, California, had a successful Find Waldo Local celebration. A total of 29 local businesses participated, said Zerzan, and the store gave out more than 100 prizes that were donated by participating businesses and Candlewick Press.

During this year’s finale celebration, Northtown held a prize drawing and invited customers to enjoy refreshments. “Our favorite part of this, and every year, is the fun we and the other local organizations have had hiding Waldo, giving hints, and stamping passports,” said Zerzan. “We had a good turnout and a good time was had by all.”

Interabang Books in Dallas, Texas, also had a well-attended celebration, said store manager Kyle Hall. The store, which held the Find Waldo Local scavenger hunt for the second year in a row, welcomed more than 100 children for the finale party. This year, the store partnered with 20 local businesses, and Hall said that one of the highlights of the event is how seriously partners took their participation. “The energy was really there this year,” he said, noting that partners actively marketed the event on social media. “We had more than 100 kids attend, each with at least one parent in tow, so Interabang was really packed.”

“We [also] had the owners of Texas Kids Parties, another local business that we work with several times a year, attend the event and do balloon animals and a magic act as the event centerpiece,” Hall added. “It didn’t hurt that Peter, who owns Texas Kids Parties, was a ringer for Waldo in the glasses, cap, and a striped shirt. He’s tall, thin, and dark-haired — he absolutely looked the part. And his entertainment is a proven hit at our store.”

Susan Elmore of Jane Addams Book Shop in Champaign, Illinois, said that her store dressed an employee up as Waldo, which helped to market the event. “We took pictures with Waldo in all the businesses that participated, along with pictures on the streets and in our bookshop,” she said, noting that the store posted these pictures to social media to build up excitement for the event as well as to give participating businesses exposure.

Twenty-five local businesses participated in the scavenger hunt, Elmore said, and this year’s celebration featured coloring and activity pages, refreshments, and a prize drawing. Her favorite part of the annual event, she noted, is simple: “Seeing how much everyone still loves finding Waldo!”

Mary Ruthless of Foggy Pine Books in Boone, North Carolina, told BTW that 25 local businesses participated in this year’s event. Along with handing out fliers and passports in-person, she said, Find Waldo Local was also marketed through several news outlets, which encouraged attendance.

“At the end of the month, we actually paired the Waldo party with an event we do on the first Friday of every month called the Art Crawl,” Ruthless said. “We paired those two things together to create an event that was for kids, but also for adults, too. We had activities and games set up for the kids so the parents could come, leave their kids with our bookseller, and let them play games and do activities. And then the adults got to browse and shop.”

Ruthless noted that she loves hosting the event because it’s one that build bonds within her community. “People come to the party and say how much fun they have,” she said. She shared that one attendee thanked Foggy Pine in a comment online, noting that Find Waldo Local allowed her, a new stepmother, to bond with her stepdaughter and her family.

“They all got to go around and explore the town together,” Ruthless said, “and also got to know each other. It was a really good bonding moment for me, and it really touched me that we were able to help this family in some way just by having the event.”

Nathan Halter of Doylestown Bookshop in Pennsylvania shared that both Doylestown and its sister store, Lahaska Bookshop, collected 250 passports. This year, nearly 50 local businesses participated between the two stores; the finale celebration for both stores, which had over 100 attendees, was held at the main location.

In years past, Halter said, Doylestown had partnered with another local bookstore, Book Tenders Secret Garden, which had been in business for 35 years and just recently closed. “At the party where we honored Book Tenders, and the mayor came and talked about the store’s importance to the community,” he said.

Mary Ann Cockle of Fireside Books in Palmer, Alaska, told BTW that 40 local businesses participated in this year’s event. “We enjoy seeing the kids and parents have fun looking for Waldo around town,” she said. “The participating businesses appreciate the month-long [event]. Find Waldo Local brings in potential customers that didn’t know about the shops.”

Liz Whitelam of Whitelam Books in Reading, Massachusetts, said that her store’s finale party is always well-attended, so much so that she likes to keep it simple. “It’s just crowded enough at this party that to have events that involve physical movement is not ideal,” she said, noting that staff kept attendees entertained with activity sheets to work on and snacks to eat before the prize drawing. “We had terrific refreshments. Several of the businesses who participated were food-related, so we had Harrows Chicken Pies, which is a new local specialty shop, and Cupcake City, our local cupcake shop, made mini cupcakes that looked like Waldo hats.”

During the prize drawing, Whitelam added, a large percentage of the families had at least one child win something, and she asked winners to pose for a picture. “People really love having their picture taken when they find Waldo. We use the frame that Candlewick provides and have a Waldo Wall of Fame on Facebook for the entire month of July. Kids just love having their picture up,” said Whitelam.

And while Find Waldo Local is a shop local event, Whitelam said, this year the store decided to include the local senior center. Said Whitelam, “They were really delighted to be included and have kids coming in and out, so that our senior population was interacting with more kids. They started giving popsicles to kids every time they came in, since it’s hot here in July. They were a great addition.”

“We haven’t even been open for two years and our community loves this event,” said Whitelam. “We had many families comment as they were coming in to get their passport that this is what they do in the summer.”