Nowhere Bookshop in San Antonio is set to open this spring. 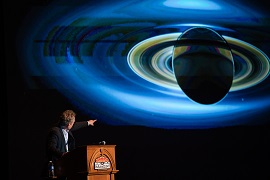 Lion’s Tooth, a small press and graphic novel subscription service in Milwaukee, Wisconsin, has plans to open a bookstore.

Strand plans to open its new Upper West Side location as early as the first week of April.

Star Line Books in Chattanooga, Tennessee, will close its store on March 28 and reopen as a nonprofit at a new location in August.

{pages} a bookstore in Manhattan Beach, California, is celebrating 10 years in business.

Country Bookshelf in Bozeman, Montana, was mentioned in an article called “Bozeman Business Boom: The survival of the local bookshop.”

Barbara’s Bookstore in Chicago, Illinois, was mentioned in an article called “From arenas to bookstores, Derrick Rose still receives MVP chants in Chicago.”

Lark & Owl in Georgetown, Texas, was featured in an article called “The Bistro at Lark & Owl Bookstore Is Making Georgetown Cooler, One Beer and Book at a Time.”

Orca Books in Olympia, Washington, was featured in an article called “Bookstore looks to co-op route to stay at the heart of its community.”

Towne Book Center in Collegeville, Pennsylvania, was featured in an article called “Book It: Sharing the Wealth — book clubs open up literary doors.”

The new owners of Pilsen Community Books in Chicago, Illinois, were interviewed by the Third Coast Review.

Thank You Books in Birmingham, Alabama, was written about in the article “Crestwood’s New Community Hub.”

Avid Bookshop in Athens, Georgia, was featured in an article on “How Local Athens bookstores are adapting in the age of online shopping.”

Member stores in Boston were highlighted in an article about supporting diverse authorship.

Owosso Books and Beans in Owosso, Michigan, is planning to host area musicians.

The Clintons visited An Unlikely Story in Plainville, Massachusetts.

Share your news in Around Indies! Email editorial@bookweb.org with photos and details of what’s new at your store, whether it’s opening for business, moving to a new location, expanding, changing ownership, hosting a special event, or celebrating a milestone anniversary.