On November 30, as in previous years, indie booksellers participating in Indies First on Small Business Saturday will invite their favorite local authors, illustrators, and celebrities to their stores to participate in events or hand-sell books, and to promote their stores’ events via their websites, newsletters, and social media platforms using the hashtag #IndiesFirst. 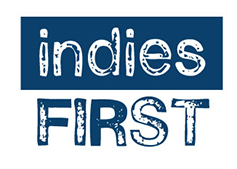 One bookseller who makes sure to participate in Indies First each and every year is Nina Barrett, owner of Bookends and Beginnings in Evanston, Illinois. Barrett was recently featured in the local college newspaper The Daily Northwestern in an article titled "Small Business Saturday will promote shopping locally for holiday season and beyond." In the piece, which also included commentary from Evanston Public Library employee and book blogger Betsy Bird and Downtown Evanston executive director Annie Coakley, Barrett says that “shopping locally… is like a present that you can give to your community, in addition to the presents you’re giving to individual people.”

“Ask yourself: Is [an online retail giant] something you want to be contributing more data, more money, more support to, when that is support that you could be giving to your local businesses, to strengthen your local community?” said Barrett in the piece.

Regarding the November 7 article, Barrett told Bookselling This Week she believes the Daily Northwestern piece was so effective in relaying the shop local message thanks to what she has learned over the years from ABA education resources provided at Winter Institute, regional shows, and throughout the year. Barrett said that in time, she has become more and more adept at crafting that crucial message — that locally-owned businesses generate substantially more economic benefit to the local economy than chain or online businesses — and delivering it to the public and the media when it counts.
“I think the reason that the Daily Northwestern story was so clear about the messaging is that I have learned — from attending these ABA programs — to be very clear about the messaging myself,” she said. “I think it's so important that ABA has been so active in sponsoring and publicizing the work of both Stacy Mitchell of the Institute for Local Self Reliance and Matt Cunningham of Civic Economics, and I see it as critical to our long-term survival that our customers understand what's going on, and that they buy into the value of helping sustain local stores by ‘voting’ with their book dollars. If they are just looking at buying a book as a ‘Where can I get it cheapest?’ proposition, of course they'll go elsewhere; but when they understand what the additional money is supporting, they can feel proud of NOT making the Amazon purchase.”
Cunningham is the author, along with colleague Dan Houston, of the exclusive analysis found in “Amazon and Empty Storefronts” and “Prime Numbers: Amazon and American Communities,” two studies conducted by Civic Economics in coordination with ABA. Both make it clear that the massive growth of Amazon as a company has resulted in as-yet-unrecognized loss and stagnation for America's cities, towns, and local communities.
Barrett said she pushes the shop local brand as forcefully as she can around this time of year, including by pitching the "buy local" message at the beginning of every author event introduction. and framing the store's November and Small Business Saturday newsletters with the same pitch. This year, she said, the store is also including that message in their paid advertising for the holidays, including an ad on WFMT, Chicago’s classical radio station, and a print ad in Newcity, one of Chicago's alternative newspapers.
Also this year, the Bookends and Beginnings November newsletter touted the Andersonville Retail Economic Study, a local business survey conducted in 2012 by Civic Economics, which found that for every $100 in consumer spending with a local firm, $68 remained in the Chicago economy, but for every $100 spent with a chain firm, only $43 remained local.
For other booksellers who want to step up their game and do more to spread the word about Indies First, available marketing materials include the 2019 Indies First press release template, which ABA created to help booksellers promote the event. Other Indies First materials can be found in BookWeb.org’s Marketing Assets, including web banners, logos, and images sized and formatted for Facebook, Twitter, and Instagram.
ABA member booksellers also have the opportunity to take advantage of special offers for Indies First from more than 50 publishers, including traditional publishers as well as nearly two dozen university presses. The terms, which can be applied to a wide array of frontlist and backlist titles, are available during various periods between now and January 2020.
Special terms are currently listed on a downloadable Excel spreadsheet Booksellers can use the promotional codes listed on the spreadsheet, which is accessible from the ABA Book Buyer’s Handbook and from the Indies First homepage on BookWeb.org. ABA bookstore members will need a username and password to access the spreadsheet from the ABA Book Buyer’s Handbook or the Indies First homepage; e-mail info@bookweb.org for login information.
Booksellers participating in Indies First on Small Business Saturday are also encouraged to sign up and get listed on the American Express Shop Small map, a searchable map created by Small Business Saturday sponsor AmEx that helps customers find small businesses in their city or town. American Express Card-accepting merchants can sign in to their AmEx merchant account to learn more about how.
In addition, independent booksellers looking to promote Small Business Saturday can visit American Express’ Shop Small Studio for a variety of marketing assets. AmEx also offers a downloadable Shop Small passport. Booksellers can follow @shopsmall and #ShopSmall on Instagram to keep up with the latest Small Business Saturday news and events.
Booksellers can learn more about Indies First on BookWeb, or send inquiries about Indies First to indiesfirst@bookweb.org. Booksellers and customers can follow news about Indies First in Bookselling This Week and via the hashtag #IndiesFirst on social media.
Categories:
Deadlines & Action Items
Indies First
Marketing
Small Business Saturday
Main Street/Shop Local
Search posts