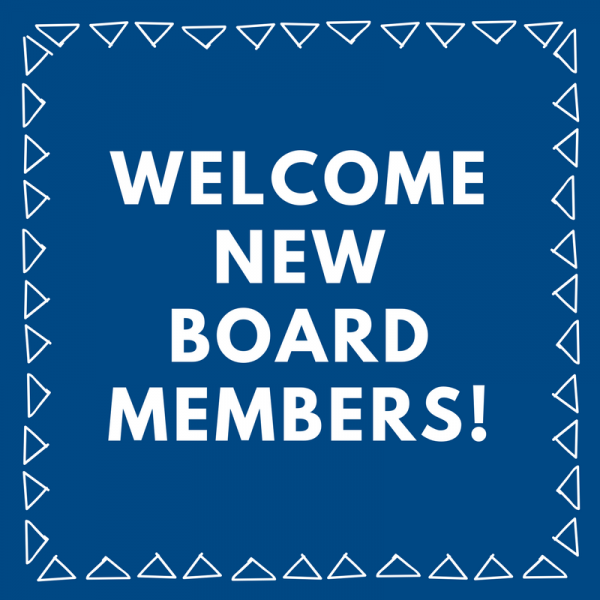 The results of balloting by the bookstore members of the American Booksellers Association to elect four directors to serve on the ABA Board are now official.

Elected to three-year terms (2018–2021) as directors are Kelly Estep of Carmichael’s Bookstore in Louisville, Kentucky; Pete Mulvihill of Green Apple Books in San Francisco, California; and Angela Maria Spring of Duende District Bookstore in Washington, D.C. This will be the second three-year term on the Board for Mulvihill; Estep and Spring have not previously served on the ABA Board.

In addition, Bradley Graham of Politics and Prose Bookstore in Washington, D.C., was elected to serve the unexpired period of what would have been ABA President Robert Sindelar’s term as a Board member. (The 2017 election of Sindelar as ABA Board President created a vacancy on the Board, which the Board had filled by appointment until the next election.) Graham, who has been serving on the board by that appointment since May 2017, will be eligible for a full three-year term in 2019.

Leaving the Board will be Jonathon Welch of Talking Leaves Books in Buffalo, New York, and Valerie Koehler of Blue Willow Bookshop in Houston, Texas. Both are completing their second three-year terms as directors.

The Board of Directors transition will take place at meetings in conjunction with BookExpo 2018 in New York City. All ABA members are encouraged to attend the Annual Membership Meeting, to be held from 3:15 p.m. to 4:15 p.m. on May 31 in Room 1E12/13/14 at New York’s Javits Convention Center.

The meeting agenda will include the formal announcement of ABA’s election results, reports from the president and CEO, a membership and financial update, and the opportunity for members to bring old and/or new business to the attention of the Board of Directors. The Membership Meeting will be preceded by ABA’s Town Hall meeting from 2:15 p.m. to 3:15 p.m.

To provide an opportunity for as many members as possible to speak during the Town Hall, a sign-up sheet will be prominently displayed starting Wednesday morning, May 30, in the ABA Member Lounge (Booth 721 on the trade show floor). Booksellers will be called upon to speak at the Town Hall in the order in which they sign up.

During the meeting, the floor will be open to questions and comments from all booksellers in attendance; however, anyone who would like to send questions in advance can e-mail townhall@bookweb.org. Booksellers who do not wish to speak can also add topics for discussion to the sign-up form in the lounge.

ABA’s Consolidated Financial Statements (2017 and 2016) and tax form 990 are available to members now in the Governance section of BookWeb.

BookExpo 2018 will be held May 30–June 1 at the Javits Convention Center in New York City. Learn more about ABA programming here.