Extending the Sale: Non-book in the Children’s Department

At the session “Selling Non-book in the Children's Department,”  ABA President Becky Anderson of Anderson's Bookshops in Naperville, Illinois, moderated a panel discussion with Beth Puffer of Bank Street Bookstore in New York City and Andrea Vuleta of Mrs. Nelson's Toy and Book Shop in La Verne, California, about their ordering tactics and top picks for toys and games. The panel was part of ABA's Day of Education, sponsored by the Ingram Content Group, at BookExpo America.

“The margins are better than books. That hits your bottom line right off the bat,” said Anderson. She began with practical tips for those just introducing kids sidelines: Start off small, diversify, and see how it goes. “We’ve been carrying toys for decades, and it really extends the purchase, and a lot of these products really cross all ages,” she said, explaining that Anderson's Bookshops work to provide a one-stop-shopping experience for buying books, gifts, gift wrap, and cards.

Puffer addressed an objection to sidelines that she sometimes hears from other booksellers. “People have a fear of not being a bookstore,” she said. “But the gifts really complement the books.”

Another reason to add or expand a kids non-book section was that “as with books, we’re the curators of content, and we can do the same for non-book,” Puffer said. “There’s so much out there and our customers are grateful that we can steer them to the right toy.”

“It’s important to remember that for kids it’s all about the imagination,” said Vuleta. Toys for toddlers can help “supplement future readership.” At Mrs. Nelson’s, for example, the Little Thomas toys are an introduction to the Thomas the Tank Engine early reader books, or vice versa.

One way that Vuleta stays current with toys is by surveying the kids in her store. “I can’t always count on my 46-year-old brain to know what a three-year-old is going to love,” she said. This strategy helps keep stock fresh. “I like to have a lot of change in my toy and accessory category.” Vuleta advised that buyers pay attention to the lifespan of possible “one-shot deals,” and know when to quit. “If you’ve been hearing about it for six months, then it’s probably done.”

Anderson mentioned that most gifts are nonreturnable, “so you need to be careful about how you buy. And it’s important to know when to reorder when something is hot.” 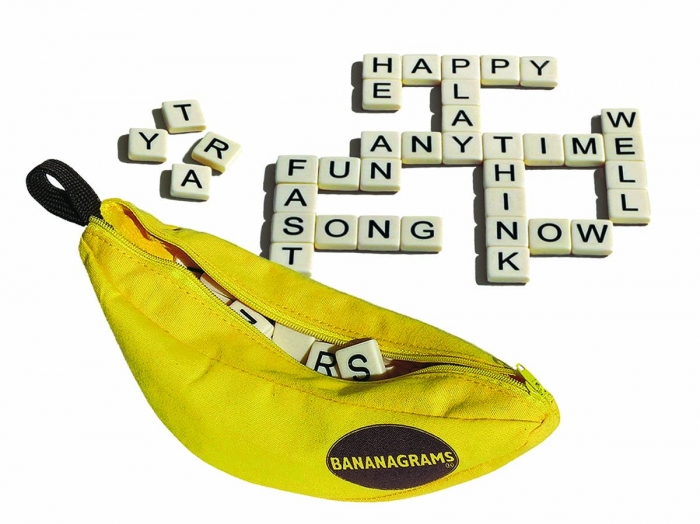 A welcome practice with many companies within the toy industry, said Anderson, is minimum retail pricing, a pricing structure similar to the agency model. A number of top lines, including  Bananagrams and Playmobil, maintain a minimum price at all retailers.

Price is important for some well-known toys and games, but being able to see and to use the games, and to talk with a staff member who’s tried it, can make the sale. “If someone on staff loves a game, they’ll sell it,” said Vuleta.

ong with some of their best practices, each bookseller listed some kids non-book picks. A version of magnetic checkers called Jishaku and other games from award-winning company Blue Orange are a hot sellers, said Anderson.  Phd Productions Pocket discs, fair trade soft flying disks from Guatamala, are new on her list. And trains “are a forever kind of toy,” she noted.

Another good seller for Anderson’s is the card game Notable Novelists of the 20th Century. “It ties directly into books, and it builds community within the store.”

Less expensive items can add up, said Puffer. She had hesitated to order Iwako erasers. “I thought we wouldn’t make much, but we’ve sold thousands.”  She also said that while the big box stores are sometimes less expensive, customers will often pay for the convenience of not having to trek out to them.

Vuleta recommended trying various toy lines and then letting people know what’s new on the store website or newsletter. Mrs. Nelson’s started carrying Vladimr Tod T-shirts and saw a nice return. “We put them on the website and the author tweeted it. We got orders from all over.”

In response to bookseller questions at the end of the session, panelists offered their suggestions. Asked how many inventory turns is reasonable for a kids gift, Anderson said four to six turns was great. “If something’s hot you’ve got to keep it going. But there’s a delicate balance of when to order, how much to order, and when to slow down. We use our system to watch that, and if it’s not turning, we mark it down.”

Vuleta will give something six to eight months, try a few different spots in the store, and if she doesn’t see any movement after that, she marks it down. At Bank Street, non-sellers are discounted 40 to 50 percent and moved to the store’s sale area.

The important thing was to try new products. “Feel free to switch it up as much as you can,” said Vuleta. Puffer agreed, “It’s more art than science.”

To see the list of panelists’ top picks, visit the handouts section of the ABA’s Day of Education schedule.