BookPeople of Moscow Digs Up History to Celebrate 40 Years 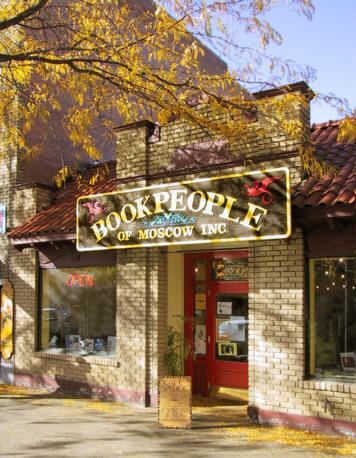 Since its founding on November 19, 1973, BookPeople of Moscow has become a fixture for the community of Moscow, Idaho, and the surrounding areas. As the store approaches its 40th year in business, co-owner Carol Spurling has amassed a collection of old videos, stories, memories, and photographs in order to reconstruct the history of the Main Street business.

Spurling has also organized celebrations for the month of November. Special book discounts will run during the store’s anniversary week, November 3 – 9, and a party featuring live music and refreshments will bring the community together on November 7.

Besides BookPeople, several other businesses in Moscow are celebrating 40th anniversaries this year, including the Moscow Food Co-Op, the Women’s Center at the University of Idaho, and the Moscow Renaissance Fair. “BookPeople has survived in tandem with these other businesses,” said Spurling. “The supporters are the same — people that care about the quality of life and having Moscow be a good place to live.” 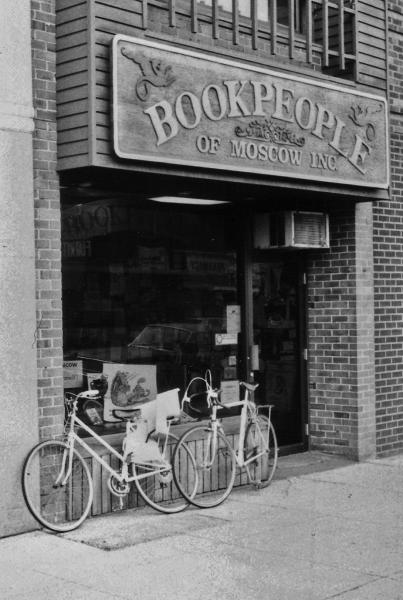 In Spurling’s recounting of the store’s history, things didn’t quite start off on the right foot. On BookPeople’s opening day in 1973, young owner Ivar Nelson discovered that he had misplaced the key to the shop. Scrambling to find it, he arrived at the store 15 minutes late to discover he had several customers waiting to get in. An older woman reprimanded, “Young man, this is no way to start a business.”

Nelson sold the shop to Bob Greene in 1981, who moved the store across the street to its current location in December 1999. With a book brigade 200 citizens long, BookPeople moved 30,000 books across the street in just two hours — in 28 degree temperatures.

When Greene was looking to retire at the end of 2011, a group of readers and supporters gathered to discuss how to save the bookstore. Spurling, who had spent her life in libraries and bookstores, was looked to as an ideal candidate to manage the business. Spurling and her husband, Walt, teamed with fellow Moscow residents Steffen and Nicole Werner to take ownership of the store.

BookPeople remained closed for several weeks while the new owners revamped the business, starting almost from scratch and focusing on new books, unique children’s sidelines, and local art and jewelry. To keep the community intrigued during the reorganization, they kept the windows uncovered and the door unlocked. BookPeople of Moscow reopened on February 22, 2012, with Carol Spurling at the helm.

Every day since has been a learning experience, said Spurling, who recently worked to bring BookPeople into the local schools for book fairs. To manage the high number of event requests the store receives, she has launched Author Sundays, featuring several authors weekly throughout the day.

Spurling has garnered a huge amount of support from the residents of Moscow. A strong buy local program and nearby University of Idaho and Washington State University have been critical to the bookstore’s success. “There’s a lot of commitment to the community from people who have been here a long time,” she said. “The downtown of Moscow is quite a happening place.”

At the November 7 celebration, which coincides with the downtown area’s new First Thursdays art walk initiative, bookstore patrons and former staff will be welcomed to reflect on BookPeople’s history and take advantage of anniversary specials.

Copies of an anthology that BookPeople published back in 1988, The Field Guide to Outdoor Erotica (akin to the popular Audubon field guide), will be sold throughout the month and proceeds will go to the Christmas for Kids Giving Tree program, which provides children with book gifts from BookPeople’s customers during the holidays.

The Speakeasy Photo Booth will allow guests to take commemorative pictures during the party, and a portion of the proceeds will go to the Giving Tree program. A LEGO sculpture contest will feature depictions of the store built in LEGO blocks, and Marsha Que Sera Productions will collect footage of the party to include in the store’s growing historical archives.

Additionally, customers spending at least $15 in the store during November will receive a raffle ticket making them eligible for signed books from regional and national authors. The drawing will be conducted by authors Kim Barnes and Robert Wrigley on November 30 — Small Business Saturday — when the authors will be working at BookPeople as part of the Indies First initiative.

Spurling is eager to welcome the community to the store to celebrate and mark another successful year. “I hear a lot from people who are visiting the store from other places that it’s the best store they’ve ever been to,” said Spurling. “I think that’s amazing. I can’t quite get over that we’ve done that well.”